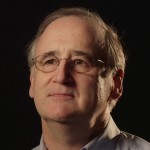 Upon his first visit to Master’s Manna, Ian was cautioned that “when you enter the third time you are addicted”.  That first visit occurred in 2013.  Ian possesses a natural ability to speak with people, make them feel comfortable and deduce where they may volunteer.  Ian likes to see accomplishments. 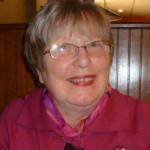 As an active member of the Yalesville United Methodist Church, one of Master;s Manna’s first partners, Gail had long  been acquainted with both the needs and accomplishments at Master’s Manna. She witnessed its “growth” from a church basement on Parker Farms Road in Wallingford to its present location.

In most cases, growth of an entity is a good thing.  However, in this case, Gail perceived this growth trend at Master’s Manna as a disturbing indicator that many in our community are unable to attain basic human needs and struggle with food insecurity.

We are told “to love our neighbor – as ourselves.”  The great commandment provided the motivation for Gail to accept an invitation to join the Board of Directors. The Mission Statement of Master’s Manna is in synergy with Gail’s core belief that every person has (not only) an inherent ability – but also the responsibility – to make a difference.

We abide in community specially purposed to help and encourage one another. At Master’s Manna, Board members, Staff, Volunteers and the community of donors endeavor to improve the quality of life for those in need by “Building a Stronger Community ~ Together.”

Jeanette Bronsord: Board Director & Past Chair 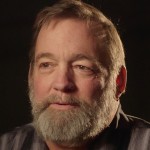 Bill is a hometown person who grew up in Wallingford, is married to his wife, Kathy, and works for Spectra Energy.

Lynn is a private attorney, formerly a partner at Cella Law Firm, P.C. in North Haven.  Lynn states, “For me, being active in one’s community, not only makes the community stronger, but provides a sense of belonging to a group of people who are striving to provide benefit for something they believe in. I first became acquainted with Master’s Manna when my sister-in-law told me that she had been donating to the organization. She explained, both to my mother and me, the role Master’s Manna plays within the Wallingford/Meriden Community and what a vital resource it is for those who are in need. I view being a Board Member as another opportunity to help support the community I live and believe in.”

Tracy Guarnieri is a local Wallingford resident, born and raised in New Haven County.  Having grown up in the Wallingford area, Tracy has been aware of Master’s Manna, Inc. and the important work they do.  When the opportunity to become a member of the Board presented itself, she jumped at the chance to become more actively involved in the organization.

Tracy currently serves as the Privacy Officer for Community Health Center in Middletown.  She has always believed in helping those who are under-served within the community.

Randall Pelletier began volunteering at the beginning of the 2020 pandemic and became instantly connected with the mission of Master’s Manna. Growing up in Wallingford, Randall has a deep connection with the people in the community. He connected with a member from Master’s Manna and wanted to help out because of the increased need for volunteers at the food pantry during the pandemic. In Randall’s previous life as a probation officer, he volunteered his time with various community programs in the Naugatuck Valley area.

Randall grew up in Wallingford and is married to his wife Kerry, they have two adult daughters. After retiring as a probation officer from the State of CT, Randall is currently a licensed insurance producer with Wentworth-DeAngelis Insurance.

Bill was the President and CEO of Fosdick Fulfillment and specifically well acquainted with the non-profit world of the greater Wallingford Meriden area having served on several other non-profit boards. Building collaborative partnerships was one of Bill’s strengths. When Bill was first introduced to Master’s Manna a few years ago he stated that “Master’s Manna is the best kept secret in Wallingford”.  Along with an understanding of and commitment to the mission of Master’s Manna Bill brought a willingness and know-how to “leak the secret” and poise this organization for continued growth and success.  Bill’s passion and personal belief was the “Food is not an option.”  Master’s Manna, Inc. has been saddened by the loss of his presence, sage advice and guidance.  Bill Pappas’s life was a light in the world and a gift to Master’s Manna, along with several other non-profits, to which he held a lasting commitment.  The Board of Directors, Staff and Volunteers all agree to perpetually keep the memory of Bill’s passion alive in every way possible at Master’s Manna, Inc. and at the Food Pantry that now bears the name “Pappas Family Food Pantry”.